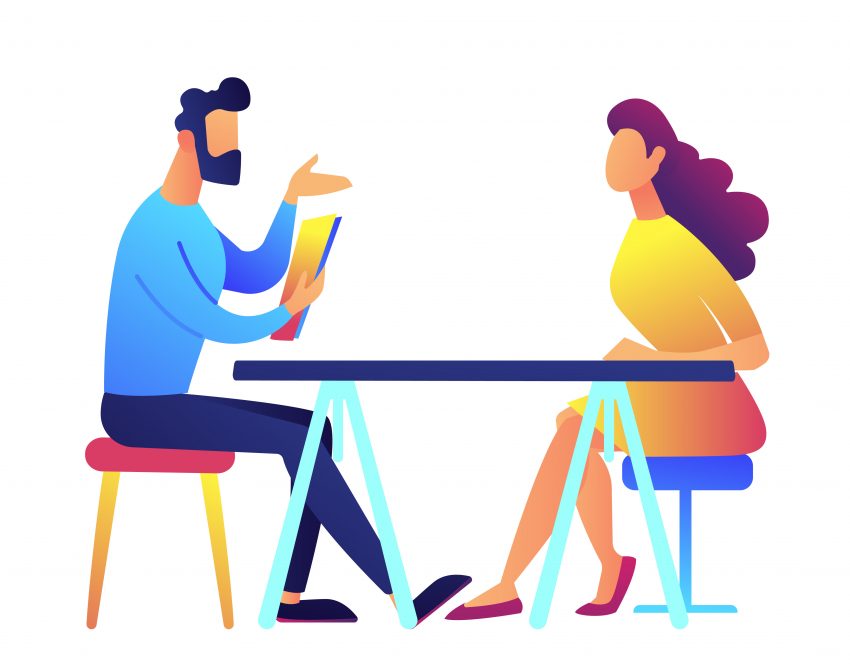 Learn more about the first speaking task of the Aptis Advanced examination. Read on to get some guidelines on how to make a great picture comparison and for some advice on how to successfully respond to the questions you will be asked during this part of your speaking test!

Comparing two pictures and answering three questions related to these pictures is the first task of the Aptis Advanced speaking test. During this part, you will be asked to respond to three main questions:

1. Give a description of the pictures
2. Speculate about the themes represented in each photo
3. Make a choice between the two photos.

Each of your answers to the 3 different questions should be 45 seconds long and you will be able to keep an eye on the time during the speaking examination.

Here is an example of the task you will receive during the Aptis Advanced Speaking Test:

To begin with, for the first question, you should start off by comparing and contrasting the two pictures that you will be given during the test. It is really important that you point out the main differences and/or similarities between the two photos.

Then, you can give a general description of the first photo. Keep in mind that in order to give a good description, try to answer to the ‘Wh’ – questions: What, Where, Who, When, Why.  Next, you can proceed to make a speculation about the first photo, but remember to explain your reasoning behind the speculation.

You will repeat the same process for the second photo. Keep in mind that you have to talk about both pictures in 45 seconds.

For the example speaking task above, you could point that the main difference between the photos is that the first photo portrays a crowd of people in a public transport vehicle, while the second photo only portrays one singular person in their personal car.

Then, you could for example say that the first photo was taken in a metro or a train. You could mention that some people are seated while others are standing up because the vehicle in the photo is quite crowded. You could also mention that perhaps, the people in the photo are going to work or school, as most of them seem to travel on their own and carry backpacks.

Then, you should move on to say that meanwhile, the second photo, clearly displays a person driving a car. Although the person in the photo is not fully visible, you can see the hands on the steering wheel, the front window, from which the street ahead can be seen, and the gear of the car. You could mention that the photo might be suggesting that this person uses their car in their everyday life, rather than using public transport, which is depicted in the first photo.

The second question will ask you about the themes that can be drawn from the two photos you are shown in the test and you may be asked about the advantages or disadvantages of something represented in the photos. You should attempt to use different synonyms, such as “upsides/downsides”, “benefits/drawbacks” and “pros/cons” when you voice your opinion in order to sound more natural and native.

If you are asked why people like something or why something is important, you should make sure that your explanations are clear and that your reasoning is structured and coherent. By paraphrasing and using different words from the questions you are asked, you can demonstrate that you have the ability to use a wide range of vocabulary. For the task above, you would start off by stating the benefits of public transport.

You could for example state that public transport is a lot more environmental than driving a personal vehicle and that it can be cheaper too, as it is not necessary to pay for gas or parking. You could also mention that in large cities, public transport is more effective as you avoid the general street traffic, especially during rush hours.

You should then move on to talk about the upsides of the second photo. You could for example mention that private transportation allows for more flexibility, as you are not bound by timetables, and that driving a personal vehicle is often more practical since you do not have to walk from and to a specific station. Thus, private transport provides more freedom, as it allows you to go wherever you want whenever you want without restrictions.

For the final, third question of the speaking examination, you will be asked to make a choice between either of the two photos. Subsequently, you need to explain the reasoning behind your choice.

To do so, you can talk about your own life and personal experiences, and you do not need to mention or refer to the photos anymore at this stage. Again, it is important to structure your answer clearly, so that your response will be easily comprehensible. In this case, you could for example say that you like both situations, but that if you had to, you would choose public transportation because it is much better for the environment, which is of utmost importance these days.

You should then explain your decision by using your own past experiences. You could for example mention that from your own life, you noticed that it is much easier to get around a city by public transport on a daily basis and that often it is less stressful because you do not have to drive yourself and you get to avoid traffic jams.

Moreover, you could mention that many cities work towards prohibiting private vehicles in city centers to protect the environment and purposely promote public transport, for example by increasing the number of bus lanes, which means that public transport will become more and more accessible and practical while using private transport will eventually become more stressful than comfortable.

The key to succeeding in this task of the speaking test is that you give clear and structured answers to the questions you are asked during the examination. Try not to repeat yourself, make sure to use connecting words and phrases to link your sentences together, and remember to apply a range of vocabulary to demonstrate your thorough grasp of the English language. Finally, bear in mind to keep an eye on the time throughout the examination.

Aptis General B1 y B2