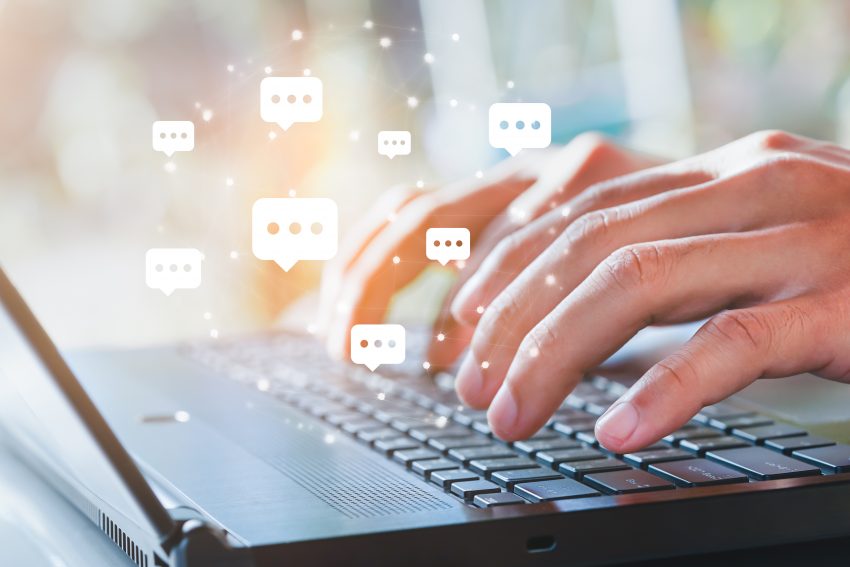 The social network chat is the first writing task in the Aptis Advanced test. This part of the examination will be presented to you in form of an interaction with a member of a made-up club or website. Your writing in this task should be informal and as natural as possible. You should write approximately 30 to 40 words per response.

To begin with, it is important that you read the task carefully. Make sure you understand what the topic is that you are supposed to talk about and answer to the messages given to you in full sentences. Subsequently, you should brainstorm some vocabulary that is relevant and fitting to the topic that you will discuss.

It’s also important that you use a wide range of grammatical structures. You should include comparisons and superlatives to make your responses interesting and lively. Make sure to use a range of different tenses as well, which will enable you to talk about the past or the future. Don’t just stick to the present tense in your replies.

In terms of vocabulary, you should aim to sound as natural as possible by including phrasal verbs, tag questions and a variety of adverbs and adjectives. You should also use a range of punctuation, such as question marks, exclamations marks and commas. Since this task is in informal language, you should also use contractions in your writing wherever possible.

Here is an example of a completed social network chat task that you will receive in the writing test for the Aptis Advanced examination with added explanations about the language used in the task:

In this response, the verbs “to take place” and “to sign up” are phrasal verbs, which are very commonly used in informal English. There is a very large variety of phrasal verbs in English, and it would be useful to familiarise yourself with some of them in preparation for this task.

Subsequently, using “That said” in the last sentence is a good way to use a conjunction in order to coherently link the sentences together. Finally, you should also try to include a comparative or superlative in your writing, which this response has done by stating that “politics is by far my favourite subject”.

In this case, the adverb “Well” has been used at the beginning of the reply. Since it is informal speech, you should try to avoid formal conjunctions, such as “However”, “Nevertheless” or “Furthermore”, as they are not commonly used in spoken, informal English and can therefore sound rather unnatural and strange.

Moreover, this reply uses “I’m really into” to express “I like very much”, as it sounds a lot more natural and is much more common in native English than the second phrasing. Next, the addition of a tag question at the end of the second sentence of the reply demonstrates that the language used is adapted to the style of a social networking chat, and it also contributes to making the interaction seem more authentic.

In this response, there is an extensive use of contractions, such as “I’d love”, “It’s” and “I’ll be”, which is much more common and natural in informal English than writing out the full words and verb forms. Wherever possible, you should contract all the words to their short forms in this task.

This reply also uses another advanced example of expressing a superlative by stating “by far the most interesting”. It is always great to find different ways of phrasing comparisons, rather than sticking to the common forms. Subsequently, the verb “to reckon”, used in the second sentence of this reply, is a good synonym to express your thoughts without overusing and repeating the verb “to think”.

In the same sentence the expression “to get involved” is used. In native English, expressions with the verb “to get” are extensively used, and including them in your writing will make your response seem natural and authentic. Finally, this reply ends with an exclamation mark. It is good to incorporate a range of punctuation in your writing, but make sure not to overuse them in order to prevent your writing from seeming chaotic.

Keep in mind that the key to scoring high in this task is that your answers are as natural and authentic as possible. There are many different grammatical structures, vocabulary, and expressions, in addition to the ones mentioned in this example, which you can familiarise yourself with in preparation for this task and in order to write a successful social network chat during your examination.

Remember to only spend 5 to 10 minutes on this task in order to leave you with enough time to complete the remaining tasks of your written examination.

Aptis General B1 y B2